The store will not work correctly in the case when cookies are disabled.

A chat with GB Hockey Star Shona McCallin, about the recent success in women’s sport. 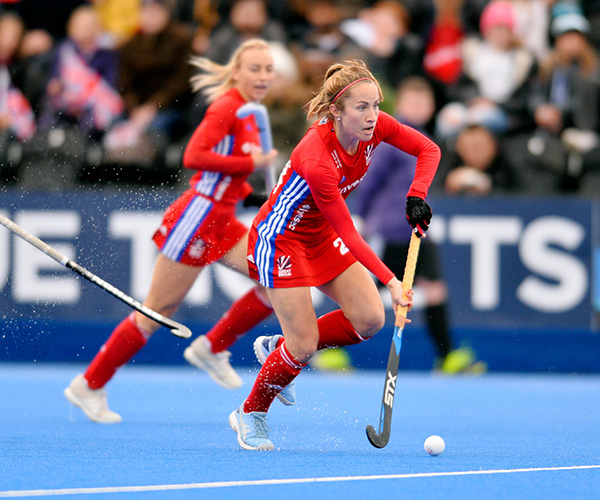 “Train hard so matches are easy”

Two-time Olympic medallist, Shona McCallin has endured a very successful career so far with GB Hockey and England Hockey, whilst still competing with her local hockey teams. Her love for hockey started from the age of 6 being in the Newark Otters and Beavers club. In 2007, McCallin made her international debut with England’s U16 squad, in what would be the first of a remarkable 85 junior international caps. Fast forward to now, recently playing in the Commonwealth, Olympic and European Championships, Shona has accomplished a significant amount in her profession so far.

She works as a positive and active ambassador for a few select companies that are close to her heart. One of those being OPRO, where she has been a part of the OPRO family for 5 years. Shona told us “First and foremost when I’m playing hockey, safety and comfort are so key - both of which OPRO always deliver on. I've played with OPRO for over 15 years and never had any issues. I feel 100% protected by their mouthguards!”. OPRO have been protecting GB Hockey for 20 years . We spoke with Shona about the various victories in Women’s sport that occurred this summer, from her own perspective.

We asked Shona, how has the success of women in sport this year inspired you, and your teammates?

“I think there is something about women’s team sports doing well that I can really connect with. The women’s Euros were going on during the Commonwealth Games and it was amazing to see how Team England got behind them. Unfortunately, we had a match whilst their final was on so missed the actual game. We heard the crowd singing ‘it’s coming home’ and then we knew that they had won which is just massive for women’s football and women’s sport.”

Being on home soil during the commonwealth, how was the energy from the audience? How did it affect the team?

“I loved playing on home soil in front of home fans. A multisport event always brings in a different crowd and pulls in fans that perhaps don’t follow hockey all the time. I think everyone was just really excited that live sport was back and with no restrictions that meant the crowd was really loud. For friends and family to be there watching, that was really special too. They hadn’t been able to come to any International Competitions without restrictions since covid really so for them it was special too.”

Tell us how you celebrated as a team and individually?

“We sung, we danced, we drank, and we partied hard!”

Who are you going to train with now, after leaving Holland?

“I'm playing at Reading HC this season. I'm doing some coaching there too. The team has just got promoted to the Premier Division so it will be a tough season for sure.”

Training can be gruelling at times; tell us about how you and the team make practice fun?

“Warm up games are a big one and also competition in training. During a warmup before the CWG, we did relay races categorised by age. I was in the oldest team, and we managed to beat the rest. We were very smug for the rest of the session.”

What do you think is important about being in a team?

“Cohesion, acceptance that everyone is different and that makes a team unique, fun and communication.”

You have now been in the Commonwealth, Olympic and European Championships, which one was your favourite? And why?

“Commonwealth Games as it is most recent and on home soil”

Off a big win and going back to training, how do you feel?

“We usually have some time off after a big tournament, maybe 2-3 weeks of down time. During this I try to reflect and digest what has happened and reset and make new goals.”

Tell us what it’s like to be an OPRO ambassador and why mouthguards are so important in your sport?

“They are vital for hockey to participate in the sport in a safe way. I will never play without my mouthguard. I’ve always used OPRO (since I’ve had adult teeth) and love the comfort, fit, colour and protection.”

How do we get the younger female generations into hockey?

“Make it more visible - if you can’t see it, you can’t be it. Make the sport attractive to come and play, make watching international hockey accessible.”

Shona wears the first world’s dentist level custom-fit mouthguard that can be fitted instantly at home, saving contact sports players significant time and money. The OPRO Instant Custom-Fit mouthguard is worn by Shona, her teammates and thousands of professional athletes around the world!

Wear what the pros wear.